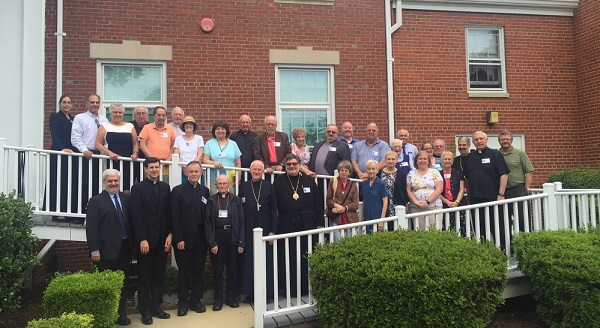 Photo: Participants in the OL XX Conference in June 2016

Fairfax, Virginia – The theme for the Orientale Lumen XXI Conference on June 19-22, 2017 in Washington, DC will be “Chieti and Crete: Two Historical Events.” Speakers and participants will discuss the Chieti Agreed Statement of September 2016 in which the Orthodox-Catholic International Dialogue agreed on the role of the Bishop of Rome during the First Millennium. The second topic will be the Great and Holy Council of the Orthodox Church held on Crete in June 2016 which produced, among other documents, a statement on the ecumenical relationship of the Orthodox Church with other Christian Churches. The conference is a “grass roots” ecumenical movement open to the public that includes laity, clergy, theologians and hierarchs from the Roman Catholic, Eastern Orthodox, Eastern Catholic and Oriental Orthodox Churches.

Speakers for this year will include:

The agenda will include plenary lectures and panel discussions, a variety of prayer services, and opportunities for fellowship among all participants. The conference will begin Monday afternoon and conclude with lunch on Thursday. Early registration is due by May 1st with full registration in advance due by June 1st. Meals are included and overnight accommodations can be arranged through the conference office. Call 703-691-8862 or register online at http://olfoundation.net/conferences/ol-xxi-june-19-22-2017/.