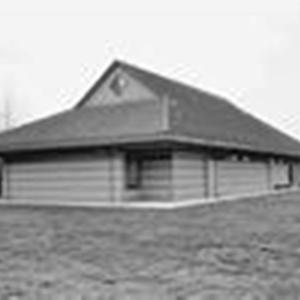 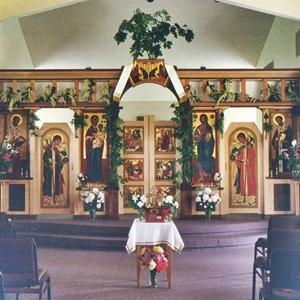 Metro Area: Eugene (OR)
Nativity of Mother of God Ukrainian Greek-Catholic Church
704 Aspen St
Springfield
OR
97477-3511
USA
Phone: 541-726-7309
rjano@aol.com
http://nativityukr.org/
Rite: Byzantine
Church sui iuris: Ukrainian Greek-Catholic
Canonical Jurisdiction(s):
Metropolitan Archeparchy: Philadelphia of the Ukrainians
Eparchy: St Nicholas in Chicago of the Ukrainians
Cemetery: None
Mailing Address: As Above
Status & Location Changes:
Formed in: 1978, as the Byzantine (Ruthenian) Mission in Eugene
Parish erected in: 1979, under the patronage of the Nativity of the Mother of God
Relocated in: 1981, to meet at the Marist Catholic High School Chapel in Eugene
Other Date: 1983, canonically transferred to the Eparchy of St Nicholas in Chicago of the Ukrainians
Renamed in: 1983, as Nativity of the Mother of God Ukrainian Greek-Catholic Church
Relocated in: 1990, to its present site
For this church, this is entry 3
of 3
http://www.byzcath.org/index.php/find-a-parish-mainmenu-111?sobi2Task=sobi2Details&catid=86&sobi2Id=1267
http://www.byzcath.org/index.php/find-a-parish-mainmenu-111?sobi2Task=sobi2Details&catid=86&sobi2Id=1268
This Entry Last Updated: 01/28/2011
Latitude: 44.051262
Longitude: -123.043438
Located in: Oregon | All Active | Oregon | Show All
Powered by SobiPro

Honor the Lord with your wealth and with the firstfruits of all your produce; then your barns will be filled with plenty, and your vats will be bursting with wine. (Proverbs 3:9,10 ESV)