The Belarusian Greek-Catholic Church is a Church sui iuris of Eparchial rank, but has been sine episcopi (without hierarchy) since 1986 when Bishop Vladimir Tarasevich, OSB, of blessed memory, reposed in exile in the US.
The Church was formed at the 1595 Union of Brest, but was civilly suppressed after the Synod of Polotsk in 1839. It was a full century thereafter before it was reconstituted by the Servant of God Metropolitan Andrei Sheptyptsky, of blessed memory. In 1939, relying on his extraordinary authority, the Metropolitan appointed the Servant of God Father Antoni Niemancewicz, SJ, as Archepiscopal Exarch for Greek-Catholic Belarusians.
Father Antoni likely never had the opportunity to exercise his office, as he was arrested by the Nazis shortly thereafter and transported to a concentration camp. He was martyred in odium fidei in 1943. Subsequently, the Church was without canonical leadership until the episcopal ordination of Bishop Czeslaw Sipowicz, MIC, who would serve as Apostolic Visitator for Belarusian Greek-Catholics Outside Belarus.
Presently, the ranking prelate of the Church is titled Apostolic Visitator ad nutum Sanctae Sedis for Greek-Catholics in Belarus. The position is without ordinary jurisdiction and the Church's parishes and missions are alieni iuris, under the law of another; that is, they are canonically subject to the local Latin Ordinaries within whose geographic jurisdictions each resides.
The Church currently has an organized presence in both the United Kingdom, where the Apostolic Visitator ad nutum Sanctae Sedis for Greek-Catholics Outside Belarus resides, and Belgium.
A photograph of the Servant of God, Father Archimandrite & Exarch Fabian Abrantovich, MIC, accompanies the link to listings for this Church. A native of Belarus, he was appointed Apostolic Exarch of Harbin in Manchuria for the Byzantine Russian Catholics in 1928.


In 1939, while returning to Harbin from a mission to Rome and Belarus, he was seized and arrested at the Russian-German border. Subsequently imprisoned by the NKVD in Lviv and Mogilev, he was tortured and repeatedly beaten. On 2 January 1946, Father Archimandrite Fabian was martyred in odium fidei at Butyrka prison in Moscow. His Cause for Beatification is in process.
Icon: Miraculous Icon of the Mother of God of Budslav

All Belarusian Greek-Catholic parishes and missions in the US, by state 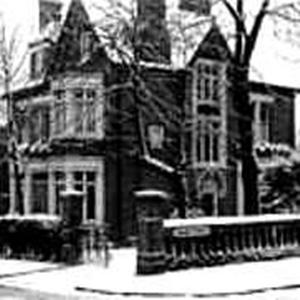 Honor the Lord with your wealth and with the firstfruits of all your produce; then your barns will be filled with plenty, and your vats will be bursting with wine. (Proverbs 3:9,10 ESV)

Christ is Risen!
O the marvel! the forbearance! the immeasurable meekness!
The Untouched is felt; the Master is held by a servant,
And He reveals His wounds to one of His inner circle.
Seeing these wounds, the whole Creation was shaken at the time.
Thomas, when he was considered worthy of such gifts,
Lifted up a prayer to the One Who deemed him worthy,
Saying, "Bear my rashness with patience,
Have pity on my unworthiness and lighten the burden
Of my lack of faith, so that I may sing and cry,
`Thou art our Lord and God.'"