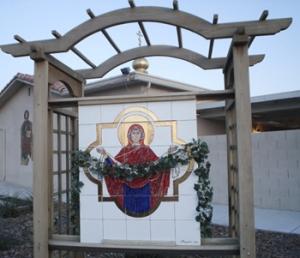 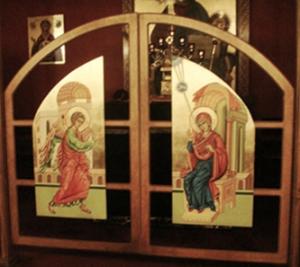 The interior and exterior photographs are by Af_607105; they appear on her Photostream at Flickr and are used here with her kind permission.

Status & Location Changes:
Formed in: 1977, meeting in a private home
Relocated in: 1977, to meet in a local (Latin) Catholic church
Mission established in: 1977, as Byzantine (Ruthenian) Mission of Las Vegas
Renamed in: 1978, as St Gabriel the Archangel Byzantine Catholic Mission
Relocated in: 1981, to its present site
Parish erected in: 1982, under the patronage of St Gabriel the Archangel
Status: ACTIVE CHURCH
This Entry Last Updated: 06/08/2010
Latitude: 36.0650199
Longitude: -115.121574
Located in: All Active | Nevada | Show All | Nevada
Powered by SobiPro