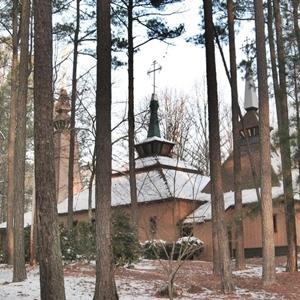 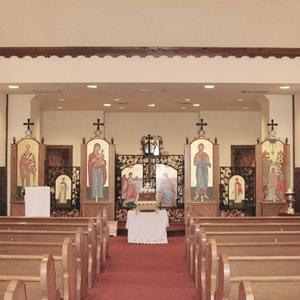 The exterior and interior photographs were provided by and are used here with the kind permission of Father Philip (Scott), pastor of Epiphany

Status & Location Changes:
Formed in: 1977, as Byzantine Catholic Mission of Atlanta, meeting at (Latin) Catholic churches in Atlanta
Relocated in: 1978, to meet at the (Latin) Chapel of Marist High School, Atlanta
Parish erected in: 1980, under the patronage of the Epiphany
Relocated in: 1981, to its present address
Status: ACTIVE CHURCH
This Entry Last Updated: 05/18/2011
Latitude: 34.0257156
Longitude: -84.3017655
Located in: All Active | Georgia | Show All | Georgia
Powered by SobiPro