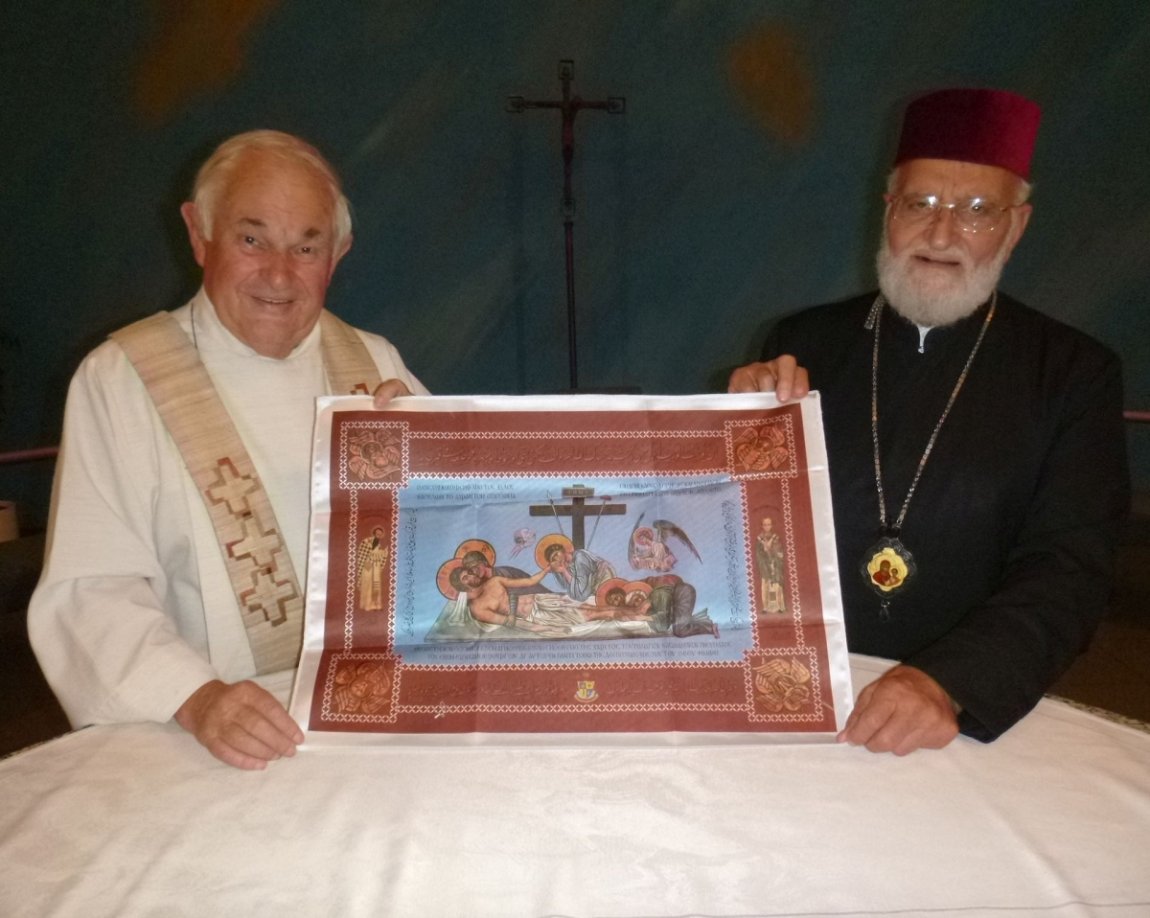 “The most important task is making terrorists into human beings again”

The visit of Patriarch Emeritus Gregorios III to Renningen came as a complete surprise. He was able to tell us something about current events in Syria today. It seems as though the struggle against so-called Islamic State is drawing to an end. What the country needs is not a military victory on the part of the Russians or the Americans, but readiness for reconciliation. “People who are not ready for reconciliation have no place in this country. We just can’t go on living in a state of war,” said the patriarch.

His main concern is with those who want to return to their ruined homes. Many are still undecided, as the patriarch reported, but the majority would like to go back. He is particularly concerned with Daraya, to which some fifty families comprising some six hundred persons are about to return: they need help.

It is also important for the sixty-bed hospital in Khabab, some forty miles from Damascus, to be completed. For this, furnishings and beds are required.

The most important task, according to the patriarch, is to make the terrorists human again, and do away with their hatred and enmity, in order to reintroduce peace to the country.

Renningen’s Catholic priest, Father Franz Pitzal has pledged support to the patriarch and even given a small contribution towards the reconstruction.

The patriarch, who also used to have responsibility for Jerusalem, bestowed on Father Pitzal the patriarchal Cross of Jerusalem, and, which is much more important for an orthodox Church, an antimension too. That is an altar-cloth, which in the Eastern rite acts as a reliquary cover, similar to the way relics are placed below the altar in catholic Churches.

In Renningen city centre, the patriarch noted enthusiastically the capital letter H standing for the one hundred and one countries, including Syria, to which Renningen sends help. He was also very interested in the Way of the Cross, which Father Pitzal has created for the Renninger Church and which connects current developments with the Passion of Christ.

Christ is risen from the dead, trampling down death by death, and to those in the tombs bestowing life! (Troparion)

Although You descended into the tomb, O Immortal One, * You destroyed the power of Hades; * You arose as the victor, O Christ God, * proclaiming to the myrrh-bearing women: “Rejoice!” * and granting peace to Your Apostles, * O, You, Who gives resurrection to the fallen. (Kontakion)

"Love Christ and put nothing before His Love. Christ is Everything. He is the source of life, the ultimate desire,He is everything. Everything beautiful is in Christ."