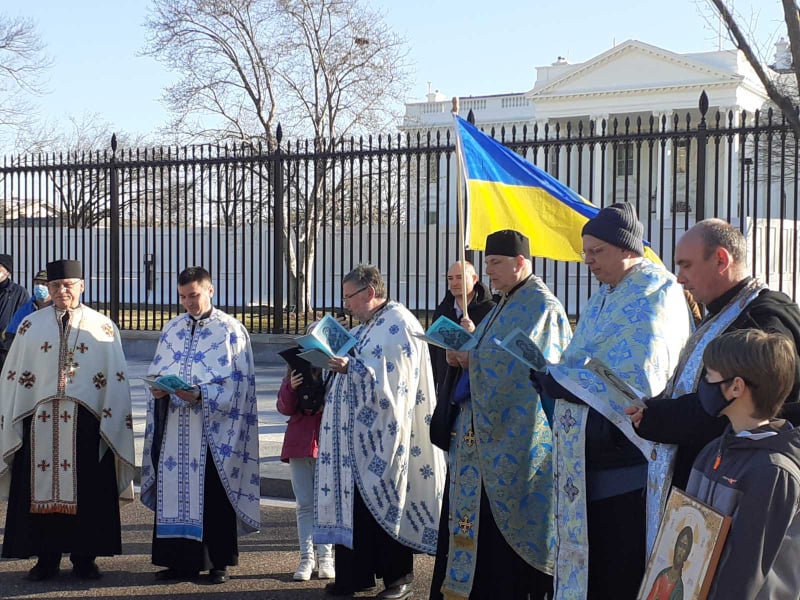 With as many as 190,000 Russian troops now amassed at the Ukraine border, Ukrainian Catholics in the Philadelphia area and beyond are redoubling their prayers to deescalate tensions and prevent an invasion.

“The thought of more lives being lost is devastating,” said Father Ihor Royik, pastor of SS. Peter and Paul Ukrainian Catholic Church in Phoenixville. “But God is with us. He does intervene in human history; if he didn’t, it would be a disaster. He’s in charge, even of our neighbor (Russian president Vladimir) Putin.”

The Ukrainian Catholic bishops of the U.S. called for a three-day prayer vigil Feb. 13-15 “for peace and the conversion of the hearts of those who preach violence and escalate war.”

“May our churches be open throughout the day, may the prayer of the church interchange with personal contemplation,” the bishops wrote in a Feb. 12 statement. “Conduct and participate in services, pray the Jesus Prayer, the Marian Rosary, the Paraclesis (a prayer service of supplication), sit with the Scriptures. Fast in order to focus on the hope that only God gives.”

Photo: Ukrainian Catholic clergy led some 175 participants in a prayer vigil before the White House Feb. 8 to intercede for peace and security in Ukraine, now under threat of Russian invasion. (Facebook/Archeparchy of Philadelphia)

Do all in your power not to fall, for the strong athlete should not fall. But if you do fall, get up again at once and continue the contest. Even if you fall a thousand times because of the withdrawal of God's grace, rise up again each time, and keep on doing this until the day of your death. For it is written, 'If a righteous man falls down seven times' - that is, repeatedly throughout his life - 'seven times shall he rise again' [Prov. 24:16].